how we work to protect people and the environment

Technology and innovation play an important role in our business, helping us safely and cost-effectively unlock new opportunities, as well as protecting people and the environment. Read about some of our field-based innovation projects. 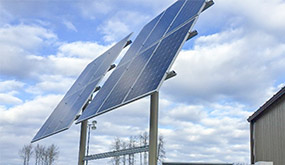 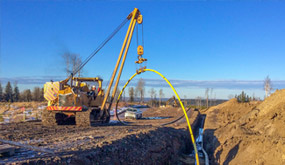 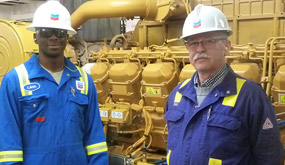 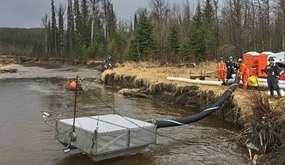 The one-year pilots are testing the capability, reliability and cost effectiveness of a 500-watt solar/fuel cell hybrid system to supply DC power and a 65-kilowatt microturbine using fuel gas from the wellhead to supply AC power. If successful, these technologies would allow future operating well sites to opt out of power generation fueled by third-party pipeline gas, on-site propane or on-site diesel or grid power. 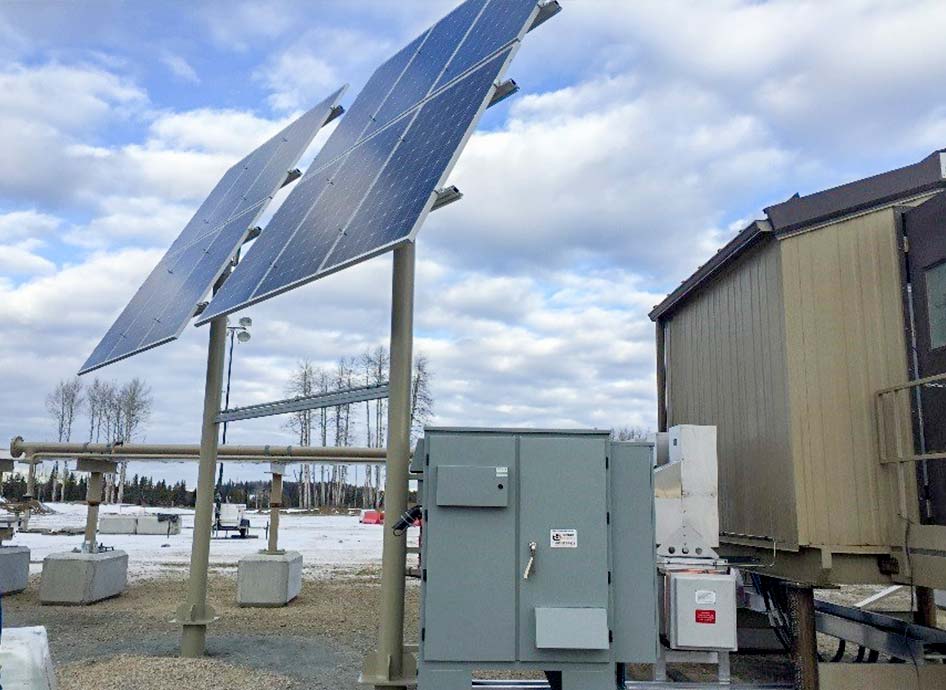 The solar/fuel cell pilot consists of two masts, each with six 275-watt solar panels paralleled with a methanol-fueled fuel cell to charge eight 256-amp-hour batteries. The hybrid system is designed so that the solar system supplies the energy required during the high solar availability months.

In winter and on days when there is insufficient sunlight, the system automatically switches to the fuel cell to compensate for the shortfall in energy. Benefits of this hybrid technology include low operating and maintenance costs and zero emissions.

The microturbine pilot is a potential alternative to a third-party dry fuel gas pipeline or grid power, both of which carry significant capital costs.

The pilot will validate the tolerance of the microturbine to the varying fuel composition of wellhead gas (high to low BTU content and H2S content up to seven percent, provided the facility requirements to operate sour gas are met), its ability to operate reliably in a Canadian oilfield environment (low ambient temperatures), and will also quantify operator intervention for maintenance and operational issues.

Chevron Canada is piloting the use of colour-coded composite pipelines for tying in well pads in the Kaybob Duvernay Program to evaluate potential cost savings and efficiency gains over traditional steel lines. 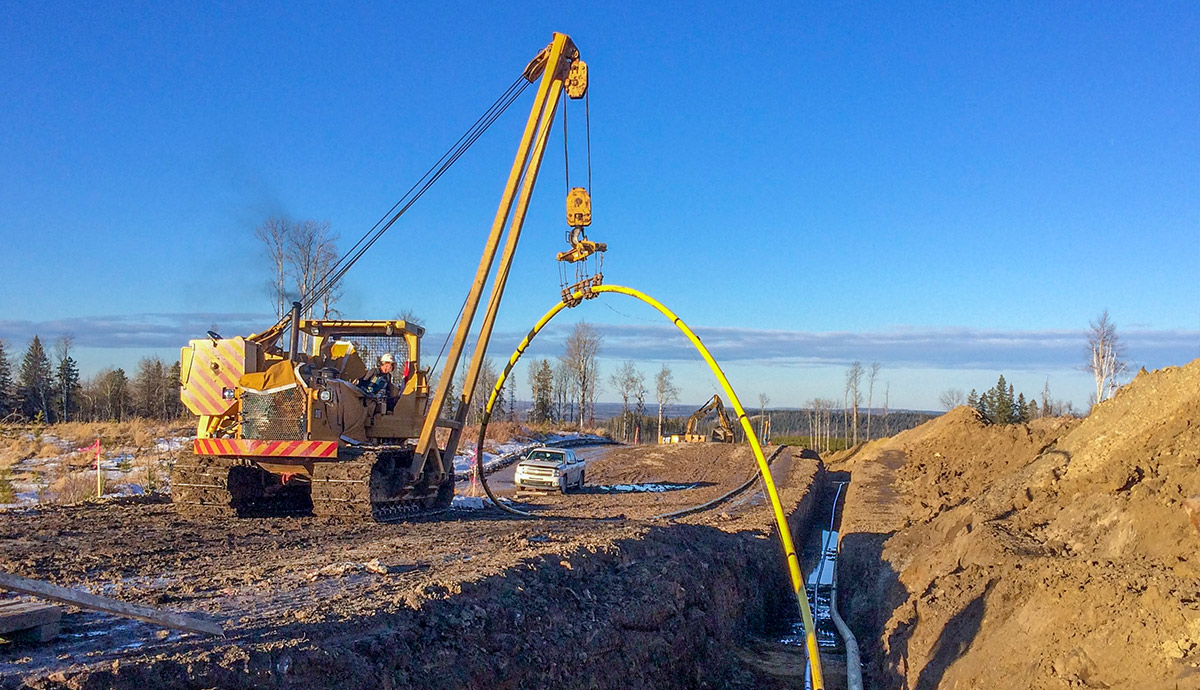 Steel has traditionally been used for pipeline infrastructure in western Canada due to its ready availability and industry’s extensive experience with it. However, due to concerns around corrosion failure of steel pipelines, composite pipelines are now gaining wider acceptance by industry.

In effort to drive down drilling and completions costs and reduce Chevron Canada’s environmental footprint, the company is running a series of pilot projects to test the use of dual-fuel engines (natural gas and diesel) to power drilling generators and completions pumping units. 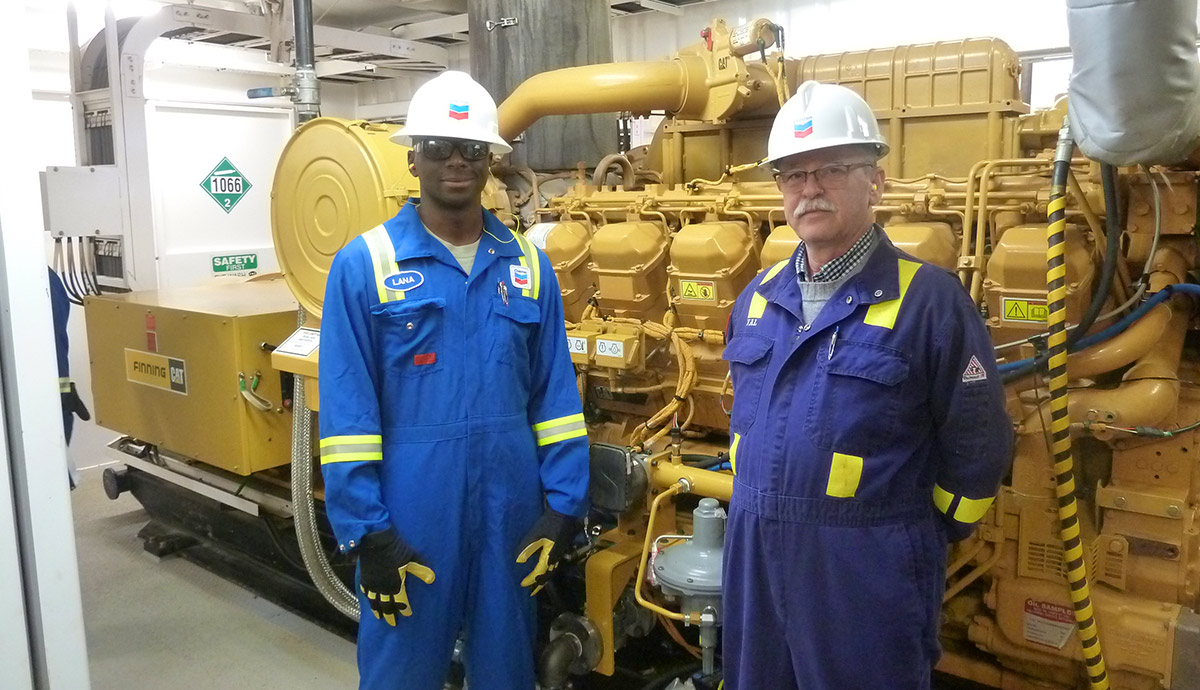 The dual-fuel pilots are a first for Chevron Canada and are being supported by Chevron’s Energy Technology Company (ETC) and Power & Energy Management (CPEM) organizations in the United States. If successful, they could pave the way for the incorporation of more cost-effective, cleaner-burning power generation in potential future full-field development in the Kaybob Duvernay Program.

The pilots are testing the use of compressed natural gas and natural gas delivered via pipeline to reduce the amount of diesel fuel used during drilling and completions operations. Results of the pilots to date have been promising, demonstrating significant savings in fuel costs and reduced emissions.

The Alberta Energy Regulator authorizes Chevron’s use of fresh water through diversion licenses that govern the rate, total volumes and time period during which water can be withdrawn from a source. The federal department of Fisheries and Oceans (DFO) also requires safeguards and monitoring be put in place to ensure fish are not harmed during these withdrawals.

To achieve these objectives, Chevron uses an intake screen – an engineered rectangular metal frame wrapped in steel mesh. Nicknamed the “Shark Tank,” the screen is attached at the end of a vacuum hose and submerged on the bottom of a river or creek. It is designed so that it draws water from a larger surface area, thereby reducing the velocity of water around the frame and preventing fish from becoming trapped against it. 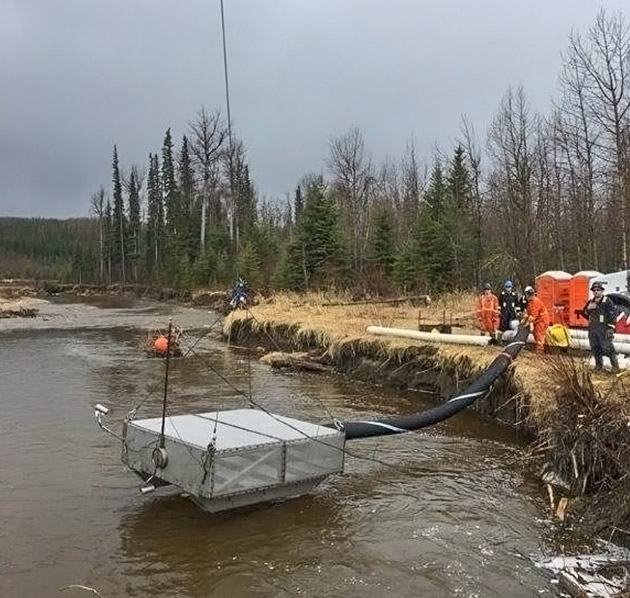 In 2017, Chevron and its contractor identified a potential safety risk. During withdrawals on the fast-flowing Athabasca River, it became apparent that visual inspections of the intake screen – required by federal regulations – were placing workers at risk. At the time, the inspections required a worker to wade into the river while wearing a lifejacket and tethered to a safety line.

Despite these safety precautions, Chevron felt this posed an unacceptable risk. As a result, Chevron and its contractor devised an ingenious solution: they mounted three underwater GoPro-style video cameras to the intake screen, providing remote, continuous, real-time monitoring with no need for workers to manually inspect the screen. 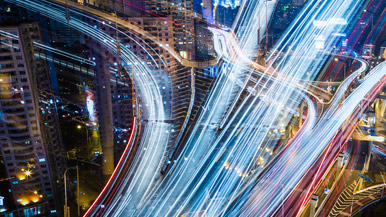 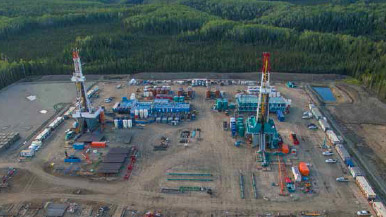 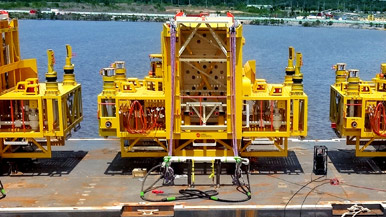