Massive trucks haul bitumen-bearing ore for processing at the Muskeg River Mine, part of the Athabasca Oil Sands Project in Alberta, Canada.

Oil sands contain a mixture of sand, water, clay and bitumen, an extra-heavy oil that is too thick to be pumped without first being diluted or heated. In Alberta, Chevron Canada is using its vast resources of technology and expertise to help bring this energy source to market.

Chevron Canada has a 20 percent nonoperated interest in the Athabasca Oil Sands Project (AOSP), operated by Canadian Natural Resources, and a 60 percent operated interest in its Ells River heavy oil leases. At AOSP, oil sands are mined from both the Muskeg River and the Jackpine mines. Bitumen is extracted from the oil sands and transported by pipeline to the Scotford Upgrader near Edmonton, Alberta, where it is upgraded into synthetic oil using hydroprocessing technology. Carbon dioxide emissions from the upgrader are reduced by the Quest carbon capture and storage facilities. In 2020, average net daily synthetic oil production was 54,000 barrels. Total carbon dioxide captured through Quest since inception in 2015 is approximately 1.2 million net tons.

carbon capture and storage project in the Canadian oil sands

The Quest Carbon Capture and Storage (CCS) Project was commissioned in 2015 and is the first CCS project in the Canadian oil sands. Quest is designed to capture more than 1 million metric tons of carbon dioxide annually from AOSP’s Scotford Upgrader, transport it approximately 80 km (50 miles) by pipeline and then permanently store it more than two kilometres (one mile) underground. Direct emissions from the Scotford Upgrader are reduced by as much as 35 percent – equivalent to taking 250,000 cars off the roads annually. 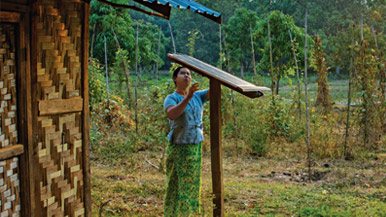 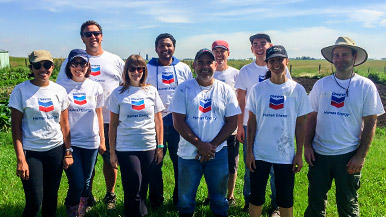 our goal is to be a partner and neighbour of choice 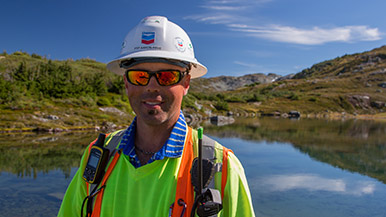 health, environment, safety, reliability and efficiency are core to everything we do