Chevron Canada has a proud history of exploration success. Over the past eight decades we have made numerous oil and natural gas discoveries in Western Canada, offshore Atlantic Canada and in the Northwest Territories. Today, we are continuing our quest to find and develop new sources of energy to fuel human and economic progress and prosperity in Canada and around the globe.

In 1979, Chevron Canada discovered the Hibernia Field, kickstarting the offshore energy industry in Newfoundland and Labrador.

In 1997, crude oil production is achieved from the Hibernia Field.

In December 2016, the Hibernia Field produced its one billionth barrel of crude oil.

Chevron Canada has been exploring for hydrocarbons in Northern Canada since the 1950s.

In 2012, Chevron Canada conducted a 3-D marine seismic program covering this license, capturing approximately 3,700 sq km of data, the largest survey ever recorded in the Canadian Beaufort Sea. The survey was conducted without any safety or environmental incidents. 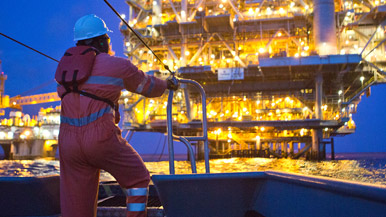