our history in fox creek

Chevron Canada’s history in the Fox Creek area of west-central Alberta stretches back more than 50 years. Our roots in the forested foothills region run deep and include the discovery of the largest wet-gas reservoir in Canada, construction of the largest sour gas plant in the world, and strong support for the development of the Town of Fox Creek.

In 1957, California Standard (the forerunner to Chevron Canada) participated in the discovery of a gas field in the Kaybob North area. However, Chevron Canada's geologists were more interested in the field’s southern cousin, believing it held large quantities of oil or natural gas. By the mid-1960s, Chevron Canada decided to buy a small toe-hold lease between three competitors.

When Chevron Canada subsequently drilled a dry hole, other companies abandoned the area. But Chevron Canada held firm. Additional land was acquired, and subsequent exploration activities uncovered a 53-km long gas field that became known as Kaybob South. It was, at the time, the largest wet-gas reservoir discovered in Canada, with estimated reserves of more than four trillion cubic feet.

Over the next four years, Chevron Canada built the Kaybob South Gas Plant near Fox Creek. When the plant commenced operations in 1972, it was the largest sour gas plant in the world and carried a price tag of $105 million. 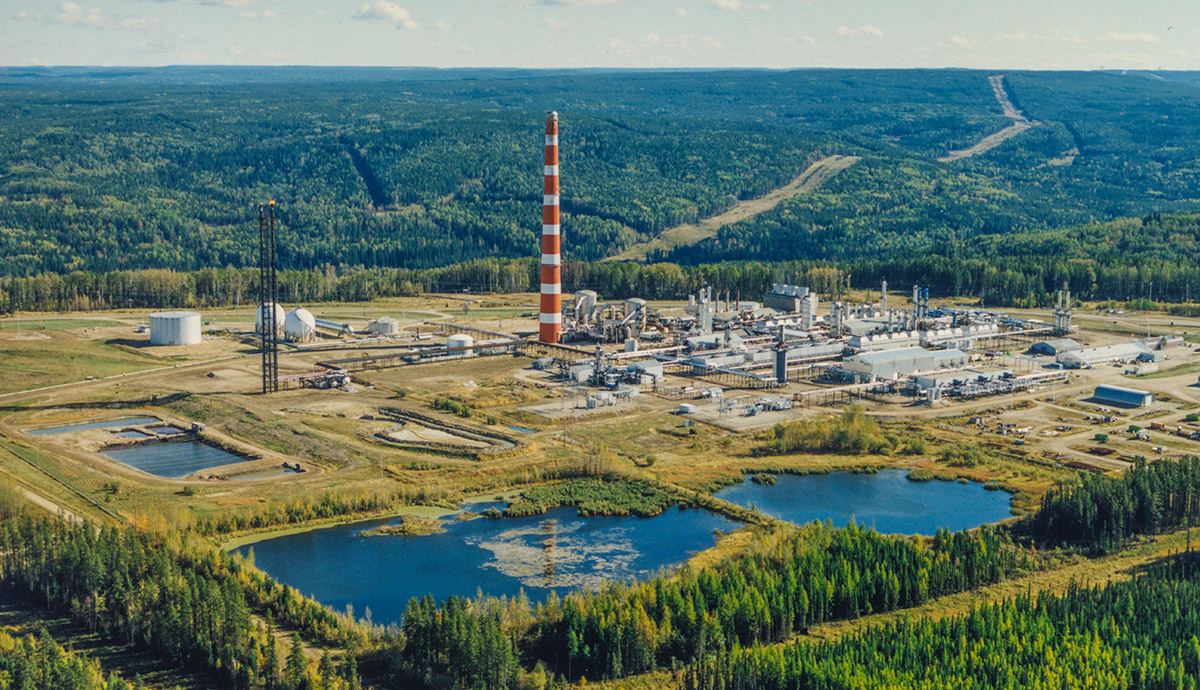 The Kaybob South Gas Plant was the largest sour gas processing plant in the world when it commenced operations in 1972.

The new plant was built on one side of the Athabasca River, while the Town of Fox Creek was situated on the other. To connect the two, the company partnered with the provincial government to construct a bridge across the river. Chevron Canada also built housing for its employees: 60 bungalows for employees with families and a 24-suite apartment complex for single workers. While the company helped build the town, our employees helped build a sense of family and community in Fox Creek. The small town allowed families to spend more time together.

“Certainly we have more family unity up here,” said the wife of a Chevron Canada employee after moving to Fox Creek. She described the surroundings as “wholesome.”

In 2004, Chevron Canada divested its interests in the Kaybob region as part of a strategic sale of the company’s mature western Canadian conventional oil and natural gas assets, shifting its focus to other large Canadian resource opportunities with significant growth potential.

In 2009, with a strategic vision to position Chevron Canada in emerging shale and tight resource plays of scale, the company returned to the Fox Creek area, making the first of several large land acquisitions that now comprise the company’s Kaybob Duvernay Program.

Today, Chevron Canada has a 70 percent-owned and operated interest in most of its 192,000 net acres (777 sq km) in the liquids-rich Duvernay formation. 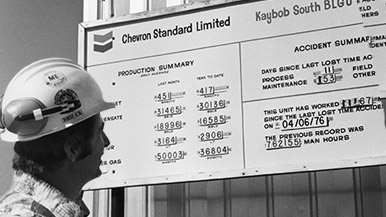 our storied history in Canada 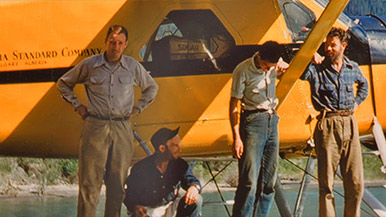 Discover our history in Canada 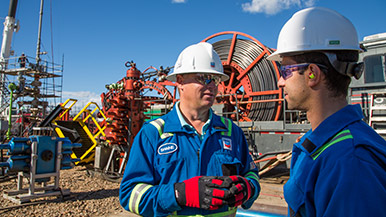 How we protect people and the environment